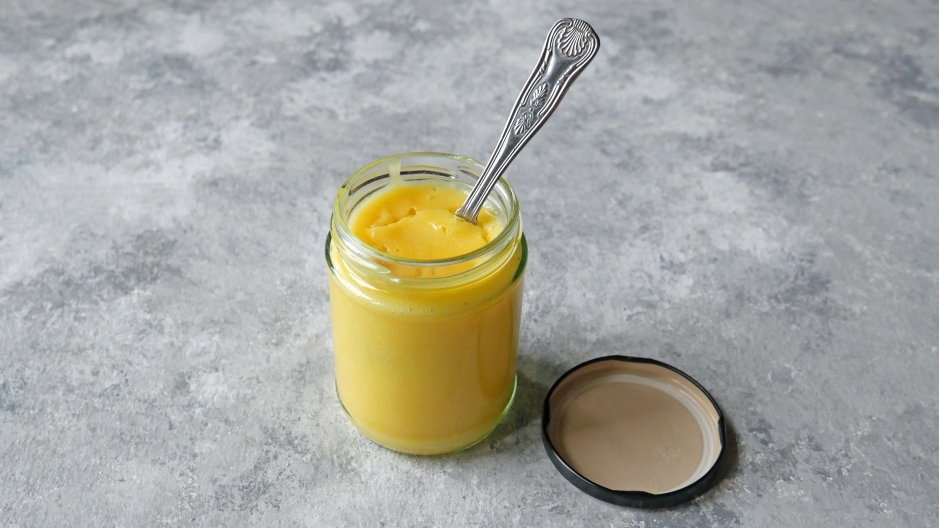 Fruit curd…’CURD’… Sounds mega gross right? Don’t get me wrong, fruit curd tastes fabulous (especially this recipe hehe) but it sure doesn’t sound fab. Anyone else agree with me?

Like who came up with that?! When I think of curd, I think of gross split gone off milk. I feel like fruit curd should be called something else like fruit butter, or spread or… I don’t know! Anything other than CURD! (yuk!)

Anyway, despite my reservations on the name, fruit curd is delicious! I came up with this recipe because I’m trying to cut down on my wastage. If you’ve had a look at my YouTube channel, you’ll know I used copious amounts of egg whites making Swiss meringue buttercream and meringue kisses or lollipops which means I’m left with loads of egg yolks that have been thrown in the bin until now.

I can’t believe I haven’t thought off making fruit curd until now! It seems so obvious! I don’t think I’ll be wasting my money buying fruit curd ever again now I know how easy it is to make.

Fruit curd is great from flavouring buttercream without changing the consistency too much, filling tarts with (pictured below), filling cupcakes and donuts or just on its own spread on toast.

YUM! Let’s get into the recipe…

Makes approximately 600ml and will keep in the fridge for 2 weeks.

Video version of this recipe here

One thought on “How to make your own fruit curd”

There was an error retrieving images from Instagram. An attempt will be remade in a few minutes.